Better Lifting Through Design: The Evolution of the Bell 407 Cargo Hook Suspension System

Onboard Systems has built its reputation as experts in modern external cargo hook system design and development through our willingness to listen of our customers and innovate solutions that improve safety and productivity. Never content to sit on our laurels, we continuously improve our products and processes to ensure that our OEM partners and helicopter operators around the world have ready access to the safest, most advanced cargo hook equipment available. A case in point — the evolution of our cargo hook suspension system for the Bell 407 aircraft. Operators around the world spoke up about the need for improvements, and we responded with a product upgrade that exceeds their expectations — the fixed beam suspension system.

Valley Helicopters Ltd. provides services to Southern British Columbia and Western Canada with a fleet of Bell light and intermediate helicopters from bases in Hope and Merritt, BC. Valley's helicopters are equipped with a vast array of specialty equipment to handle diverse types of work.

To fully appreciate all the benefits the fixed beam system offers, we spoke to Brad Fandrich of Valley Helicopters in British Columbia, Canada. Mr. Fandrich has worked extensively with both the legacy trolley suspension system and the new Onboard fixed beam suspension system, and was able to provide some thoughtful insight about both systems. But first, some background:

The Bell 407 is a derivative of the Bell 206L model. The 407 uses a 4-bladed rotor system with a rigid, composite rotor hub instead of the 2-bladed conventional rotor used on the 206L. The original cargo hook for the 206L (and subsequently, the 407) used a lateral trolley suspension system that allowed the cargo hook to roll back and forth approximately 14 inches along the length of the load beam. This allows the load to align itself better with the rotor head when swinging laterally, which reduces the possibility of mast bumping (see pictures below). 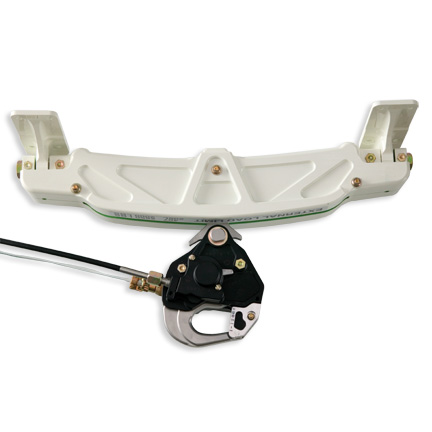 But the legacy trolley suspension system (designed by Bell in the 1970s and installed at the factory on new 206L helicopters) lacked travel limitations. As the trolley system was also designed to pivot back and forth with the movement of the aircraft, under certain conditions the cargo hook was able to come into contact with and cause damage to both the aircraft fuselage and the cargo hook.

Another concern was expressed by pilots; namely, that as the cargo hook rolled back and forth from one end of the trolley load beam to the other during external load work operations, it made a lot of noise. According to Brad Fandrich, Whether you're hauling a light load — such as an empty bucket — a large, 2,000 LB load, or a load on a longline hook that tends to oscillate a bit — such as 16-foot timbers — the load will start swinging like a pendulum on the line. Eventually, the pendulum effect on the line makes the hook start rolling along the track, and every time it hits either end of the track theres a loud thunking sound that you can feel in the cabin. The sound is more defined with a heavy load or if you make a steep turn, or if the weather is turbulent. Then you can really feel it.

In the 1990s, Onboard Systems analyzed the trolley suspension system design and developed its own version to sell on the after market. Onboards version tried to address these and other issues by including:

While these improvements were helpful and did reduce the noise and cabin vibration, they did not eliminate it altogether.

With the development of the 407 derivative model, the rotor head was designed by Bell so that it would not be as affected by laterally swinging loads. So while the original trolley cargo hook suspension system was carried over to the new 407, the door had been opened to find a better solution. 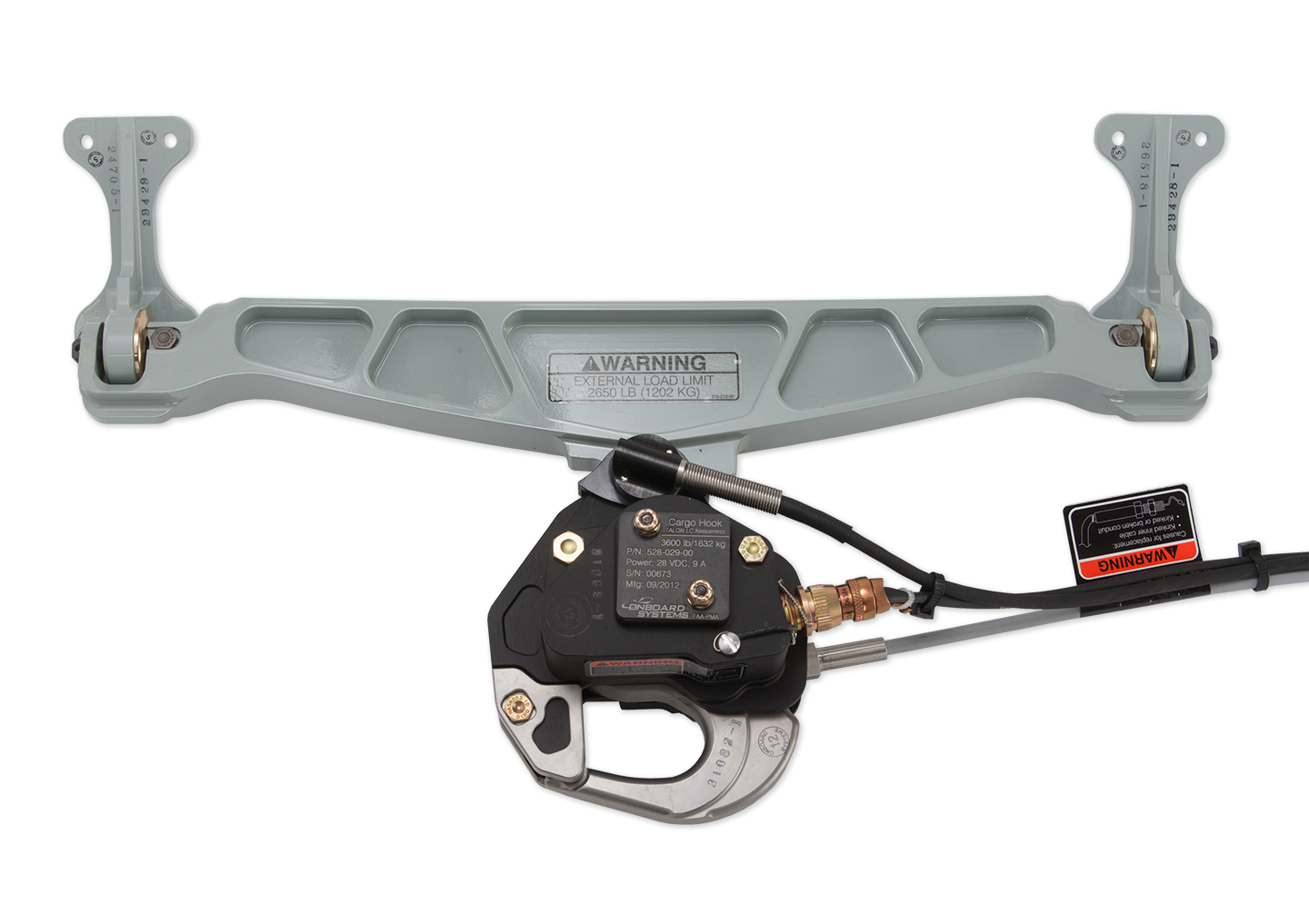 Talks between Bell and Onboard Systems led to the development of a new, fixed beam cargo hook suspension system for the 407, which was installed for the first time in the fall of 2007. The new system interfaces with Bells standard fixed provisions kit and mounts to the existing cargo hook hard points on the belly of the aircraft. It offers several important improvements and benefits over the trolley system design, including:

According to Mr. Fandrich, the single point of the new fixed beam system is more controllable that the old roller beam system. "The pilot's technique is a bigger factor than with the fixed beam system — especially with heavy loads or turbulent weather conditions. The fixed beam system is a definite improvement and a better design; its quiet to use and it was also easy to install. And we're looking forward to adding the Onboard Weighing System soon."

The Hook is always looking for operator success stories about Onboard's superior cargo hook equipment. If you have a story about external load operations using Onboard's equipment that you'd like to share, please let us know by telling us a little about what you do that is unique, special, or just plain interesting.

Load cells are not field serviceable and must be returned to the factory for overhaul.

Chrome Themes for Your Browser

International "Return for Service" shipments can be tricky. Here are some tips.

How to get an invoice before your order arrives to help with customs paperwork and internal receiving processes.

Barry has modified the service life calculation for their synthetic helicopter longlines.