The Little Chopper that Could: The R44 Makes Fast Work Lifting Christmas Trees in Oregon

November 4th was a typical day for the season in the Pacific Northwest — overcast and drizzling, with an occasional sun break followed by more clouds and drizzle. It was the perfect day for a field trip to an Oregon tree farm to see how helicopters are used to lift bundles of Christmas trees and send them on their way to buyers around the world. 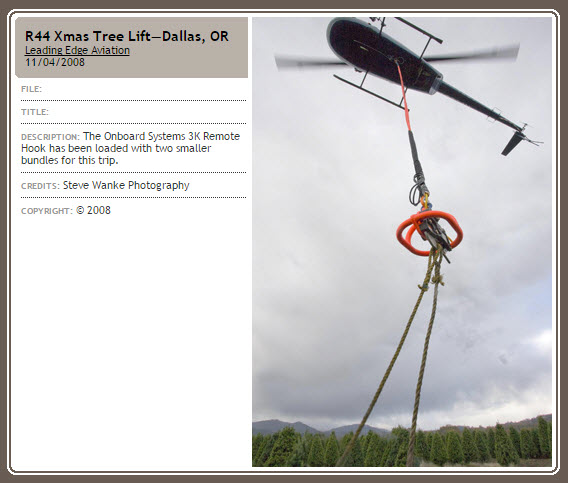 According to the National Christmas Tree Association, more Christmas trees are grown in Oregon than in any other state in the country — and approximately 70% of the harvest is done with helicopters. That’s because the trees must be harvested, baled, shipped and delivered in a very short period of time each year, so speed is absolutely critical. And because most tree farms maximize growing space by limiting roads as much as possible, helicopters can save many man-hours lugging trees from the fields to transport trucks for the drive down to the farm’s processing center.

We had made arrangements with one of our customers in Oregon, Leading Edge Aviation, to meet at a tree farm near their Salem, Oregon location. Headquartered in Bend, Oregon, Leading Edge has six major business segments including helicopter charter, flight training, avionics, maintenance, Robinson Helicopter sales, service, maintenance and overhaul, and wiring harness fabrication.

The tree farm was owned by Holiday Tree Farms, the world’s largest Christmas tree growing operation in the world — and today’s load work demonstration was going to be performed by a small utility helicopter — the Robinson R44. Travis Warthen, Vice President of Leading Edge, was eager to show off the capabilities of the R44 for this kind of load work.

The R44 can safely handle external loads up to 800 LB, which was well within the range of the Christmas tree bundles now littering the fields, ready for aerial pickup. Growers typically pay about $600-$800 per hour to hire helicopter companies for harvest — usually Jet Rangers or similar aircraft — which can typically move about 1,200 trees an hour. By contrast, the R44 can move about 1,000 trees an hour but costs much less to operate, making it quite competitive with larger aircraft for this kind of work. 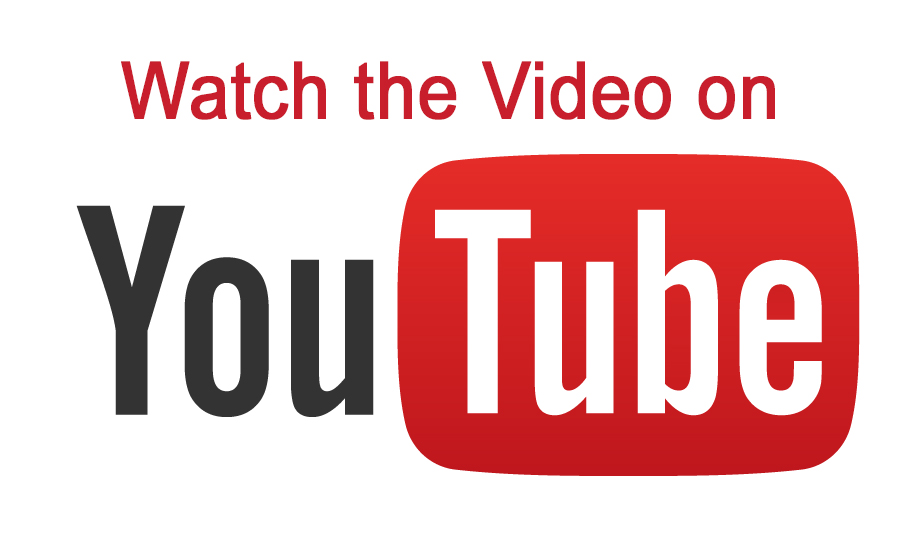 According to Warthen, “Our new Salem training facility uses R44’s, and we’ve been looking for ways to capitalize on our proximity to the large Christmas tree operations in our area. So we’ve been going out, talking to the farmers and showing them our capabilities.”

The pilot for this demonstration, Jason Baller, was flying an R44 with an Onboard Systems TALON® belly hook, as well as an Onboard Systems 3K TALON Remote Hook. The trees had been cut down and tied in bundles out in one of the fields about a mile away from processing center, which was staffed with workers, tree shaking machines and balers. Each of the bundles seemed to have about a dozen trees in them, with an exposed rope loop on top. The R44 moved quickly from the processing center to the ground man, who swiftly loaded the hook as the helicopter approached, swerving gracefully around for the trip back down to the processing center. It took less than two minutes for a round trip, and even though it was raining on and off, the pace never slackened. 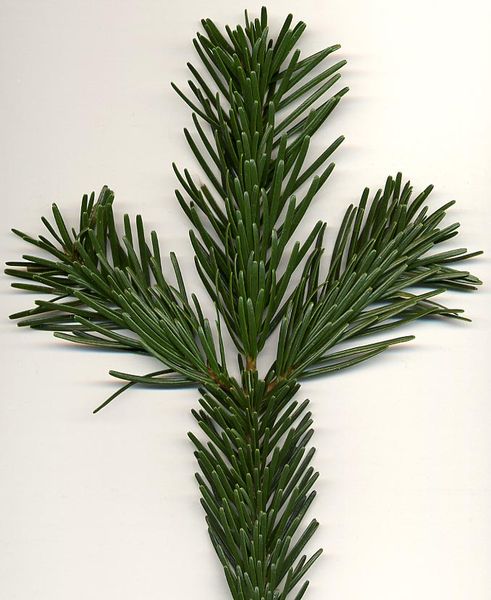 Rachael Hall, who is now a student at the Leading Edge pilot training center in Salem, used to run a Christmas tree stand in Arizona and was on the ground with me. She pointed out the plantings of Nordmann Firs, which are fairly new to the American Christmas tree scene. Nordmanns are very popular in Europe, largely due to its needle-holding qualities, even when the tree dries out. Native to the mountains south and east of the Black Sea in Turkey, Georgia, the Russian Caucasus and northern parts of Armenia, the Nordmann was recently introduced to Oregon by Holiday Tree Farm, and is expected to be a big hit.

“The great thing about the Nordmann Fir,” said Rachael, “is that unlike the Noble, it likes growing at lower elevations and is better suited for Christmas tree cultivation. Plus, it really holds onto its needles, so once they grow sufficient quantities to really being to market it, it will probably replace the Noble.”

Meanwhile, down at the processing center, the R44 was adding on to an already impressive pile of trees right alongside the processing equipment — making it extremely easy for the workers to get right to it. The workers untied each bundle, mounted each tree in the shaking machine to get rid of any loose needles, and then put them through a baler. The baled trees were then loaded onto cargo trucks destined for Mexico.

“They start with the trees that are shipping to the Far East, then the trees for Mexico, and finally California and the Southwest U.S.,” Rachael noted. “They’ll cut the trees for the Pacific Northwest market the week before Thanksgiving, and as needed after that.”

In just a few hours, the R44 had moved all the bundles that had been prepared for us that day. Take a look at the slide show photo gallery or watch our video footage to view the day’s action for yourself.

We would love to hear about how our products or services have helped you.

How to get an invoice before your order arrives to help with customs paperwork and internal receiving processes.

How to Upgrade Your Equipment

We strive to make it simple and cost-effective for our customers to upgrade their equipment.

Chrome Themes for Your Browser