Onboard Systems has developed a hydraulic cargo hook suspension system for the Airbus H120 (EC120) aircraft, which has been certified by the FAA, Transport Canada, and EASA. The kit was developed in response to customers seeking an improved alternative to the OEM cargo hook equipment. In addition to the hydraulic release, the new kit features a bumper ring and built-in travel limits to protect the hook and control cables from damage. The integrated weighing system improves safety, increases productivity and decreases repairs due to overstress and overload. The adjustable structural support cable allows for precise length adjustment to ensure balanced load sharing throughout the aircraft. The kit also offers improved ground clearance and all parts needed for complete installation.

Recently, Onboard Systems has pioneered and developed hydraulic technology to serve as the emergency release for a number of critical reasons. The United States Department of the Interior Aviation Management released a technical bulletin dated July 16, 2004 that outlined common safety issues involved in inadvertent cargo hook releases. Their major findings were: 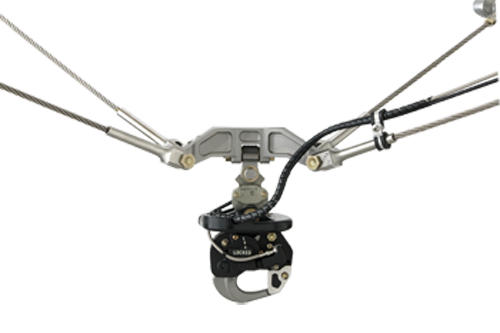