Leonardo Helicopters’s EH101 medium-lift helicopter has become a popular choice for both military and civilian operators around the world since its introduction in the late 1990’s. Designed to carry loads up to 12,000 pounds, an off-the-shelf cargo hook already in use on the CH-47 Chinook was originally selected for the EH101. This seemed to be a low-risk solution at the time because the hook had already been qualified for military use and was expected to cost less than developing a custom hook.

But the legacy hook was originally designed to carry 16,000 pounds, so it was bigger and heavier than it needed to be, and the engineers were already looking for ways to reduce weight on the aircraft. The legacy hook was also proving to be expensive to maintain, and because its spare parts and components were made with forgings and castings, replacement parts often had a 9-12 month lead time. 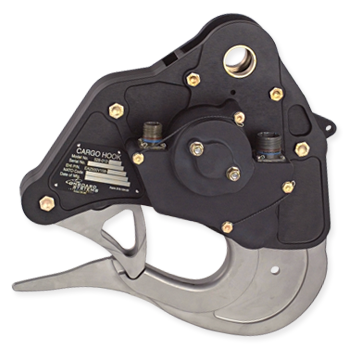 Onboard Systems is pleased to be the exclusive supplier of heavy lift cargo hooks for all variants of the AW101/EH101.

Get a generic or customized permission letter to use Onboard's STCs here.

How to Upgrade Your Equipment

We strive to make it simple and cost-effective for our customers to upgrade their equipment.

Get An RMA Number

Need an RMA number to return your Onboard Systems equipment for service? Get one here!