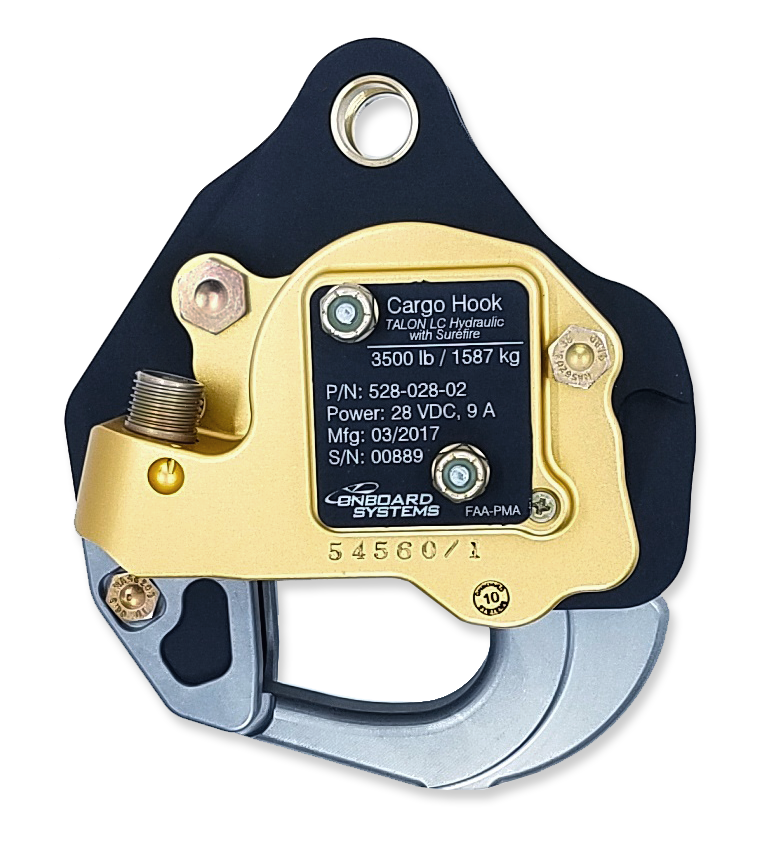 Unlike existing cable systems, the hydraulic line can be routed with the electrical release cable and is unaffected by movement of the cargo hook. It does not require special rigging — significantly decreasing the chance of an inadvertent load loss due to imprecise rigging.

Load security is further enhanced by integrating our hydraulic hook with Onboard's Surefire® Release Technology. An electronic circuit is added inside the cargo hook to provide a half-second delay from when the electrical release button is pressed until the hook opens to help guard against inadvertent releases.