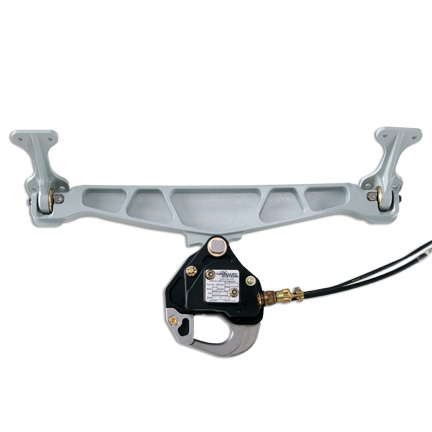 Onboard's fixed beam cargo hook kit offers many important improvements and benefits over a trolley system design. Factory-installed by Bell on new 407 aircraft, our cargo hook kit eliminates the side-to-side impact of the original trolley system. It interfaces with the standard fixed provisions kit from either Bell or Onboard Systems and mounts to the existing cargo hook hard points on the belly of the aircraft.