Onboard Systems International, Inc., a leading provider of innovative helicopter cargo hook equipment, today announced that its cargo hook kit for the Robinson R66 aircraft has been STC certified by the FAA. Onboard will also submit this system to Transport Canada and EASA for certification in Canada and Europe, respectively. The R66 cargo hook kit is available with or without an Onboard Weighing System, as well as an optional Remote Hook Electrical Release Kit for those operators who wish to give pilots the ability to release loads on a remote hook from the cockpit.

“We are very excited to have the Robinson R66 cargo hook kits available for sale to helicopter operators in the US, and soon around the world,” said Karsten Lemmon, Vice President of Sales & Marketing for Onboard Systems. “Onboard’s cargo hook systems for the R66 include many of the very latest safety developments, and we look forward to helping our customers put this equipment into service for their external load work missions.”

Onboard’s newly certified Robinson R66 Cargo Hook Kits are built around the latest-generation TALON® Keeperless Cargo Hook, which is designed to handle a wide variety of load ring sizes and styles while eliminating the possibility of losing loads that might inadvertently slide past the keeper. Other safety features include a rugged mount point with quadruple shear joint to ensure torsional strength, the best-available ground clearance from the lowest hanging point of the cargo hook (10.5-IN / 27-CM), and a lock indicator window to give the ground crew an easy visual confirmation that the hook is locked.

The new Remote Hook Electrical Release Kit option gives pilots the ability to release loads from the cockpit, while the Onboard Weighing System helps shows pilots the exact weight of the load on the cargo hook. Onboard’s weighing system for Robinson R66 uses state-of-the-art pin load cell technology to increase ground clearance by replacing the main attach bolt instead of mounting as a separate link above the hook, providing easier cable routing and lower system weight.

The new Robinson R66 cargo hook kits provide all the fixed and electrical provisions needed for installation, including the cargo hook, attach point, manual release and electrical release cable, plus the optional Onboard Weighing System and Remote Hook Electrical Release Kit, if ordered. As with all Onboard cargo hooks, maintenance and overhauls can be performed at the factory, by a qualified repair facility, or by the operator in the field using simple hand tools. 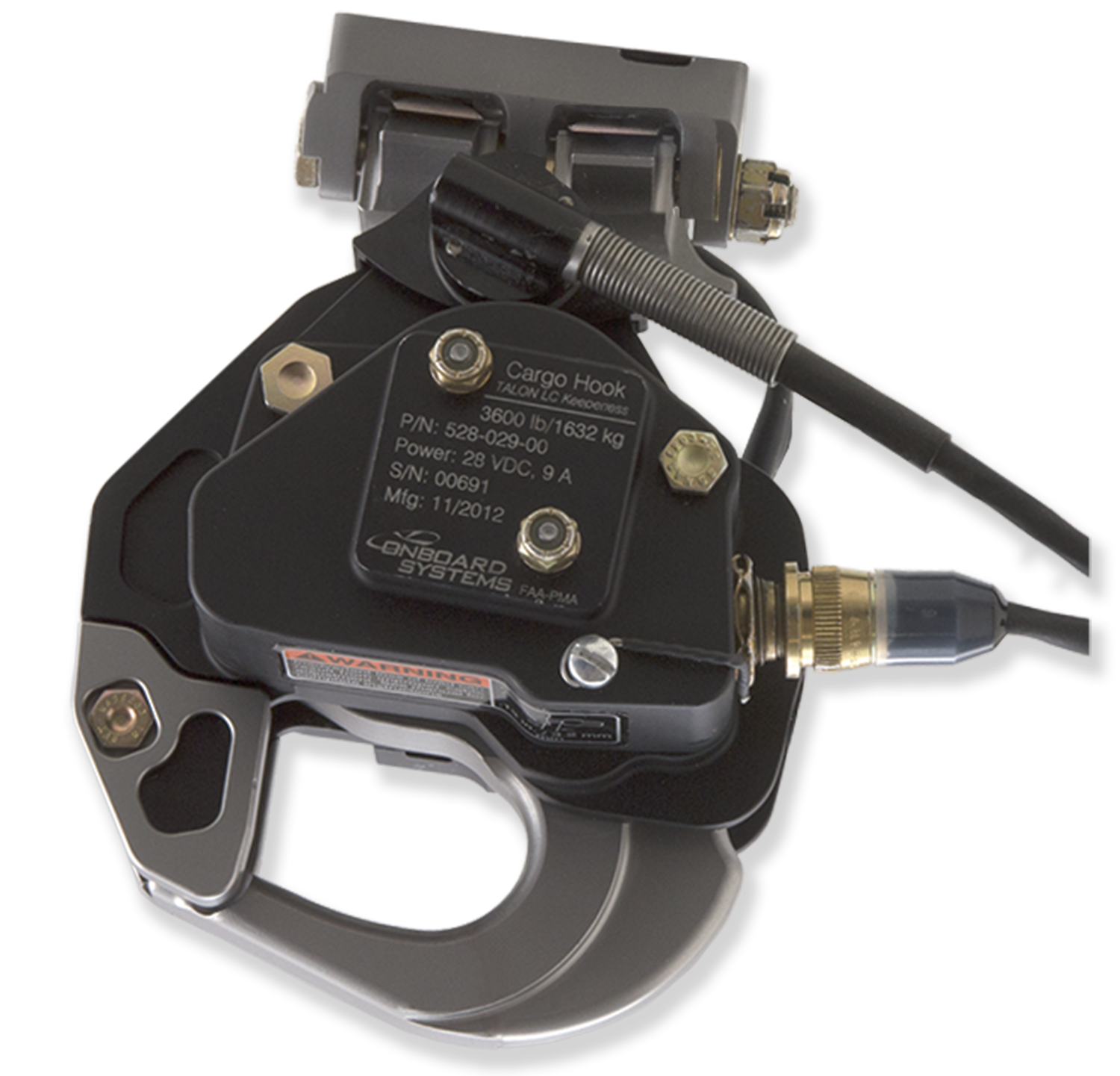