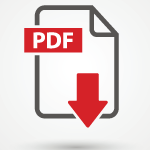 Onboard Systems announced that Cory VanBuskirk has joined Onboard as President. In addition, Jason Lemmon will be stepping down as President to transition to his new role as Senior Advisor in the coming weeks. He will also remain on the Board of Directors for Onboard Systems.

Lemmon began his career with Onboard as the Sales and Marketing Manager in 1995, then served as General Manager from 2000-2006, and as President from 2006-2020. During Jason’s tenure, Onboard Systems grew significantly to become the leading supplier of helicopter cargo hook equipment to OEMs, the military, and end users worldwide. Under Lemmon’s leadership, Onboard was awarded cargo hook equipment contracts on several large OEM programs including the Westland EH101, Bell 407, Bell/Boeing V-22 Osprey, Airbus H125, and Sikorsky CH53K aircraft. In addition, Onboard also won the confidence of worldwide end users to switch to—and subsequently prefer—Onboard’s cargo hook equipment over other options.

“It has been a tremendous privilege to serve as the President of Onboard Systems,” said Lemmon. “I am incredibly proud of the market and technology leadership that we have established, and what our teams have accomplished together. I am fully convinced of Onboard’s strong future, and intend to remain involved as we enter into the next chapter of the Onboard growth story. We have many opportunities ahead of us, and we are confident that Cory VanBuskirk has the operational experience, communication skills, and leadership abilities to execute Onboard’s future growth strategies.”

VanBuskirk joins Onboard from Collins Aerospace, where he held a wide variety of roles in key business segments since 2011.  In his most recent position, VanBuskirk served as the General Manager for the Goodrich Hoist & Winch division, where he drove a customer-centric approach leading to significant growth in both financial and operational performance. Prior to his tenure at Collins, VanBuskirk was with Toyota Motor Corporation for 11 years, working in both their North American and Japanese operations.

“I’m extremely excited to join the Onboard team, which shares a similar customer base, purpose-driven culture, and near-term growth profile as Goodrich,” said VanBuskirk. “My immediate focus will be to champion the product innovation and programs that will foster our future growth, while maintaining the culture of superior service and customer responsiveness upon which the Onboard brand has been built.”