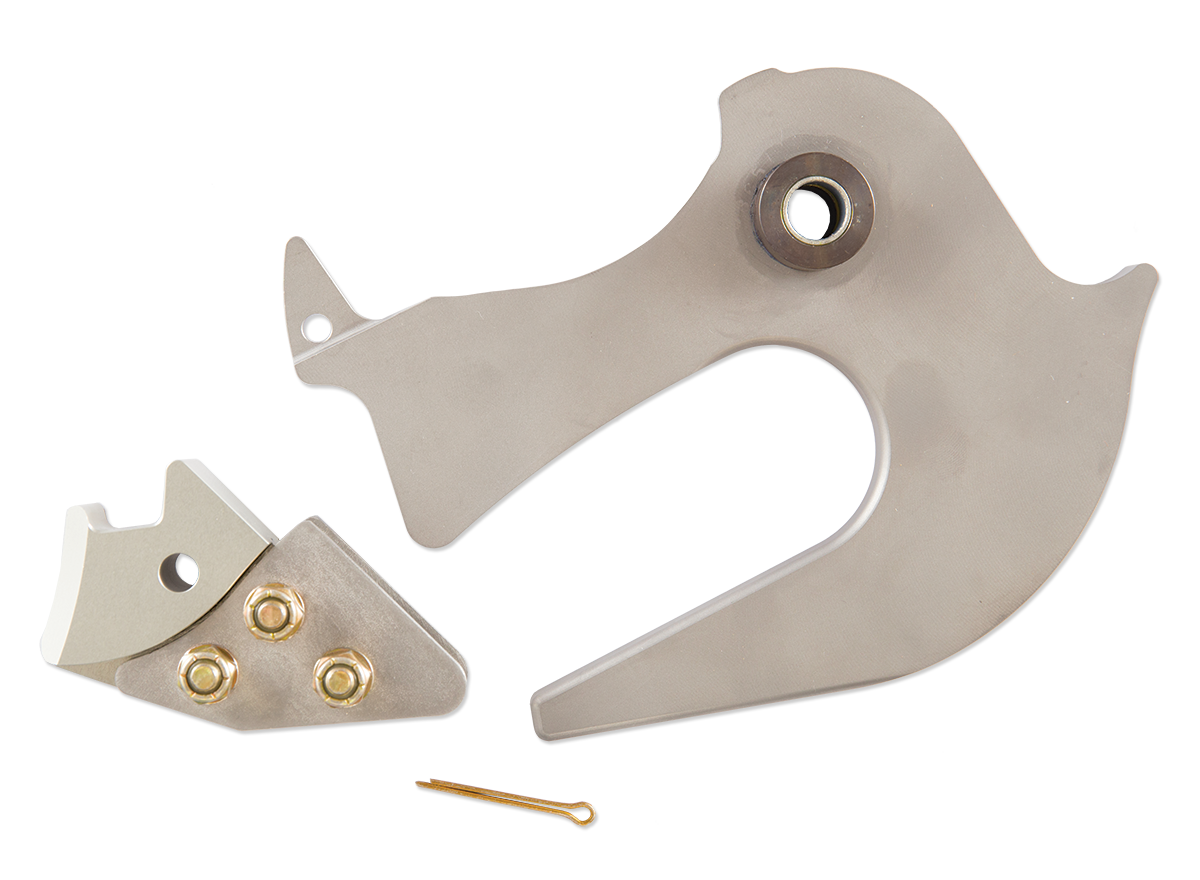 While using remote hook with a traditional keeper has distinct advantages for missions requiring fast loading, it also carries strict rigging size limitations and requires at least 2 lb. (1 kg) of weight on the load beam to release. For missions where rapid loading isn't an issue, or that require unique linkage (such as USFS contract-provided equipment), or where greatest load safety is paramount, a keeperless configuration would be a better option.

This retrofit kit allows you to convert your existing TALON 6K Remote Hook from a keepered hook to a keeperless hook as needed to suit specific missions.